Next generation Catalyst 9K switches currently consists of Catalyst 93xx, 94xx, 95xx, and represents a line of devices tailored to the new realities of the digital age and provide a new level of security, programmability, and performance, implemented on the basis of innovation by Cisco Systems in the field of hardware and software. For example, if you compare now the most common fixed core switch Cisco Catalyst 4500x and 9500 (recommended replacement for 4500x), 9500 line has 3 times better performance and bandwidth throughput, 5 times more buffering and CPU speed, 4 times more memory, Flash and the speed of the ports, 2.4 times higher density 10g ports. But that’s not all, they also supports 2.0 UADP, Perpetual/fast SD-PoE Access x 86 CPU and containers (containers), ETA, AES256/MACSEC256, Virtual StackWise IEEE1588 and AVB, NBAR2, Model-driven programmability, Patching/GIR, Streaming telemetry: 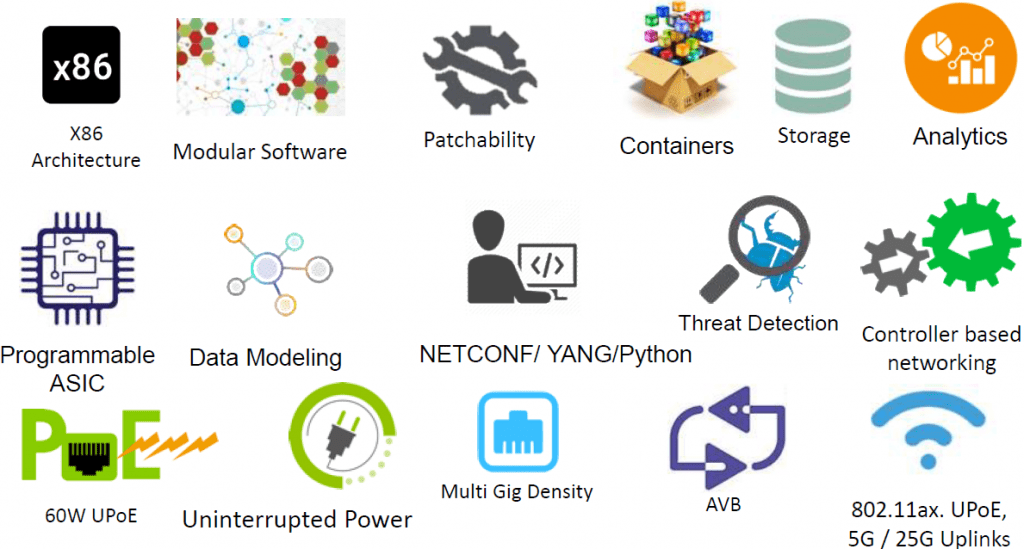 SD-Access functionality and ETA would note separately. SD-Access or Software-Defined Access (software definable access) is a technology combining policy automation and network segmentation which is used to significantly simplify access for network users, devices, and other objects. Thanks to Cisco DNA Center and SD Access (software-defined access) Catalyst switching platform 9k is capable of working as part of a single intelligent network fabric that significantly speeds up network design tasks, allocation of resources and services. It is no longer necessary to copy, modify and insert customization for each switch separately. Policy automation and monitoring through the single interface of the DNA Center allows you to create configurations only once and apply them to the entire network.

This technology is a further development of the Cisco ideology «network as a sensor», when integrating with ISE (Identity Services Engine) and Stealthwatch network able not only to detect a threat, but automatically isolate it:

Only this Cisco decision allow to identify threats in encrypted traffic with 99% accuracy when the level of false positives of less than 0.01%:

Most cyber attacks today are masked in encrypted traffic, and their number is constantly growing. Through the use of Cisco Talos and machine learning, it is now possible to define the signatures of known attacks even in the encrypted traffic:

Example of incident detection using ETA in encrypted traffic is shown in the figure below:

Behavioral analytics of encrypted traffic based on patterns helps ensure security without compromising privacy, quickly discover the anomaly in traffic, as well as avoid very high load on the equipment related to the decryption process. By the way, in many cases it can be almost impossible.

Complex security reduces the possibility of network attacks, and actually protects your network even at the stage of the active attack, applying the active analytics to detect malware software and threat at the time of attack, and also providing the fast automatic reaction on the threat and prevent it`s dissemination after attack. 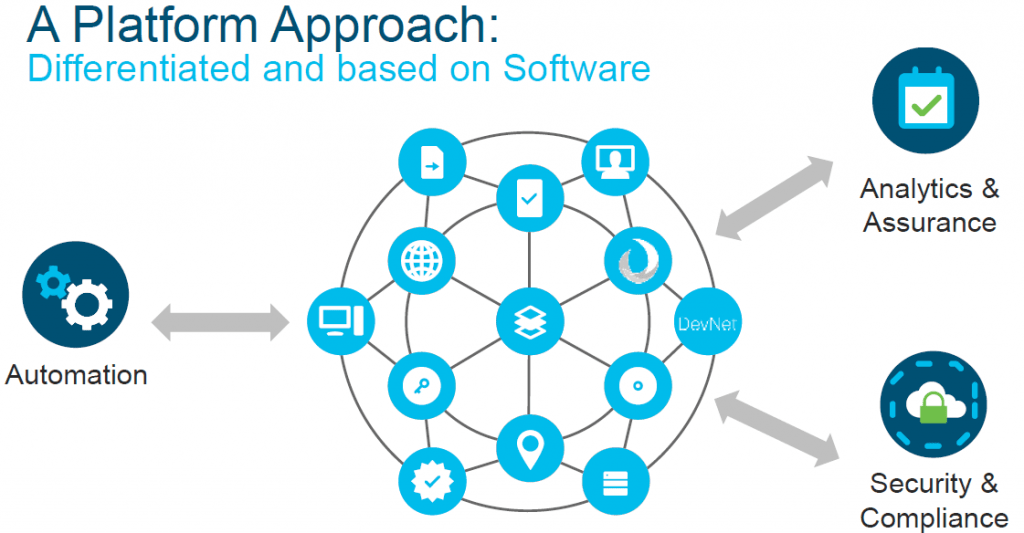